Inactivity bars the right to challenge an arbitral award 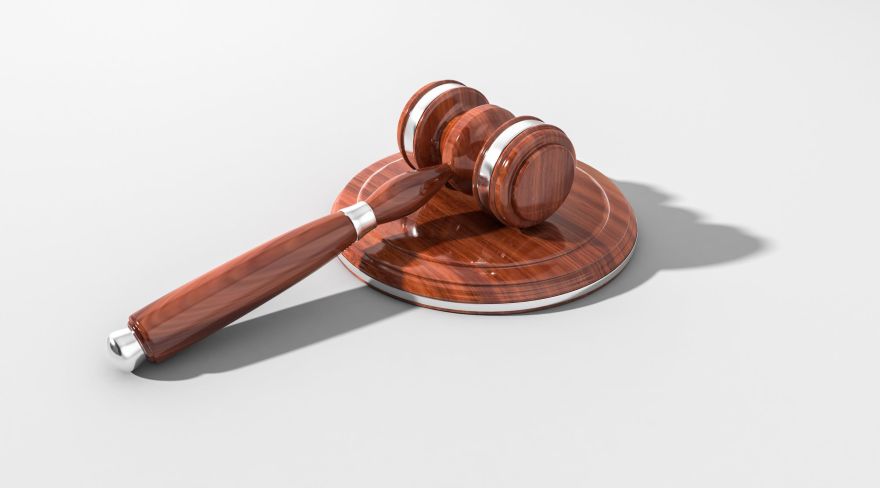 Article 16 of the UNCITRAL Model Law on International Commercial Arbitration (“Model Law”) provides a means for the early settlement of disputes concerning the jurisdiction of an arbitral tribunal. Such disputes are occasionally raised by Respondents in arbitration proceedings. The arbitral tribunal has the power to deal with this issue on a preliminary basis before it continues its proceedings and considers the merits of the claim. If the tribunal concludes that it has jurisdiction over the dispute, the Respondent has thirty days pursuant to Article 16(3) of the Model Law in connection with Section 8 (1) of the International Arbitration Act (“Act”) to appeal against the tribunal’s ruling to the High Court.

The question and key issue that the Singapore Court of Appeal in Rakna Arakshaka Lanka Ltd (“RALL“) v Avant Garde Maritime Services (Pte) Ltd [2019] SGCA 33 (“AGMS”) faced was whether a Respondent who does not participate in the arbitration proceedings and for this reason does not avail itself of the appeal route and proceedings which are provided and given by Article 16 of the Model Law, can raise the jurisdictional objection before the supervisory court in setting-aside proceedings after the final award is issued. One of the main issues to be decided was whether the appellant RALL had participated in the arbitration proceedings.

The Appellant and Respondent of the arbitration proceedings RALL, a Sri Lankan company specialising in providing security and risk management services and the Respondent AGMS, also a Sri Lankan company, providing maritime security services to vessels at risk of piracy, agreed to form a private- public partnership and entered into an agreement to carry out various projects including one called ”Galle Floating Armoury Project” under a master agreement dated 27 January 2014 (“Master Agreement“). The Master Agreement included a dispute resolution clause which provided as the governing law to be Sri Lankan law and for disputes to be settled by arbitration in Singapore in accordance with the Rules of the Singapore International Arbitration Centre (“SIAC”).

Later AGMS commenced arbitration proceedings against RALL on the basis that RALL had breached Article 3.1 of the Master Agreement pursuant to its failing to provide utmost assistance to AGMS, claiming USD 20 million and nominated its arbitrator. The Notice of Arbitration dated 8 April 2015 (“NOA”) was sent to RALL on or about 10 April 2015. After the SIAC sent both parties a letter of acknowledging the receipt of the NOA, RALL did not responded until it was seeking a three-months extension of time to respond to the NOA, on the basis that the new board of RALL had been appointed only recently. Such extension was granted by the SIAC. On 12 November 2015, after some similar continuing steps in the arbitration proceeding in which RALL played a more passive role, RALL wrote to the SIAC, stating that AGMS had agreed to withdraw the matter pursuant to a settlement contained in a memorandum of understanding (“MOU”) dated 20 October 2015 between the parties. The MOU provided for AGMS to pay a certain sum to RALL, for RALL to waive part of one of its claims against AGMS and for each party to withdraw the arbitration and legal proceedings. RALL therefore informed the tribunal that it was no longer required to proceed with the arbitration.

However, on 15 November 2015, AGMS sent a letter to the Tribunal, stating that in the light of certain events that had recently transpired, it was “not in a position to withdraw” the arbitration. It requested the Tribunal to make an “award granting an interim injunction preventing [RALL] from terminating the [Master Agreement]”. The Tribunal continued with the proceedings. RALL did not attend or participate in the subsequent proceedings and did not respond to the Tribunal anymore.

On 19 December 2015, the majority of the Tribunal issued an Interim Order (“the Order”) which stated that RALL had failed to ensure the continuity of the Master Agreement, which formed the basis of the MOU. The Tribunal decided to continue the arbitration proceedings and rendered a Final Award (“Award”), stating that RALL had breached clause 3.1 of the Master Agreement. RALL was ordered to pay AGMS USD 5 million and the costs of the arbitral proceedings.

RALL then commenced proceedings in the Singapore High Court to set aside the Award. The Court noted that a tribunal’s ruling on jurisdiction is a preliminary issue and that a failure of a party to challenge such a ruling has a preclusive effect. The Tribunal also held the view that the preclusive effect of Art 16(3) applied equally to a party that had not participated in the arbitral proceedings and that in the particular dispute, the Tribunal’s mandate was not terminated by virtue of the MOU. Therefore, the Court dismissed RALL’s application and RALL appealed.

The Court of Appeal’s Decision

The Singapore Court of Appeal held that the Tribunal’s Interim Order constituted a ruling on jurisdiction, engaging Article 16(3) of the Model Law. The Court of Appeal noted that parties do not have to file a formal objection, or a plea in the legal sense of the term, in order to invoke Article 16(3) of the Model Law. For this reason, although RALL did not formally object to the Tribunal’s jurisdiction, RALL’s request to the SIAC stating that the parties had reached a settlement and that therefore the Tribunal should no longer proceed with the Arbitration was equivalent to objecting to the Tribunal’s continued jurisdiction over the matter on the basis that there was no dispute anymore with which the Tribunal could continue.

The court also noted that Article 16(3) of the Model Law does not prevent a Respondent, who chooses not to participate in an arbitration because he believes that the arbitral tribunal has no power and therefore thinks that he has a valid objection to its jurisdiction, from raising that objection as a ground to set aside an award of that tribunal. Although the established rule is that a party to an agreement with an arbitration clause is legally obliged and bound to resolve disputes arising under that agreement by arbitration and is obliged in that way, he does not have to participate the arbitration proceedings if the origin of his inaction lies in an objection to the jurisdiction of the tribunal. For this very reason a party may not challenge the tribunal’s jurisdiction pursuant to Article 16 of the Model Law.

As the Court of Appeal already pointed it out in its ruling: “This might be a risky course of action to pursue but it is one that lies within the prerogative of every respondent.“ If a party wrongfully believes that a tribunal has no jurisdiction and therefore is inactive in the continuing proceedings, an award will be enforceable and no challenge to jurisdiction will be successful afterwards anymore. The inactive Respondent would then lose all of its opportunities to raise substantive defenses and challenge the dispute on its merits. In many cases this is probably an unacceptable risk. This is particularly true against the background that the implementation of Article 16(3) of the Model Law gives the parties of arbitration proceedings an early opportunity to discuss and determine whether the concerns and objections against the jurisdiction of the arbitral tribunal are justified.